The expanding DAX, Germany and HR TECH: A perspective. 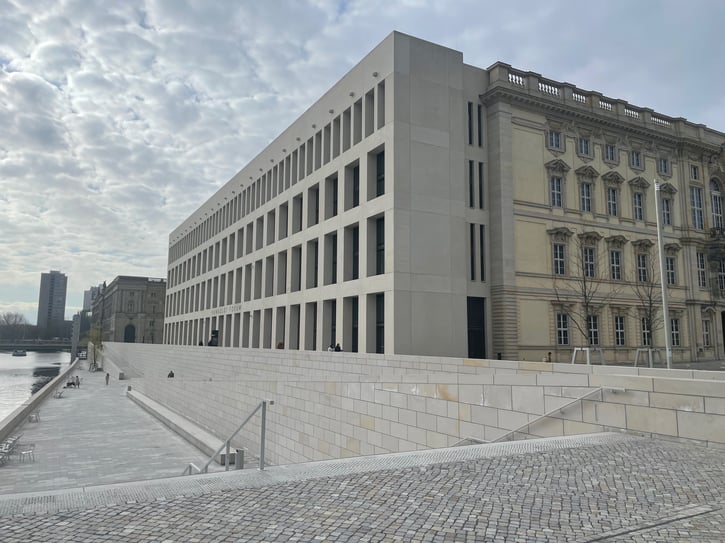 (The Humboldt forum in Berlin. Nothing in Berlin is simple).

Last year, the German DAX expanded from 30 to 40 companies. This was long overdue from an investor perspective, and aims to address concerns about the “lack of corporate governance, high debt, and dwindling profitability of the 30 DAX companies.”

The companies that joined the DAX are a mix of industrials, medical tech, fashion, and a smattering of Internet companies, some venerable names, some new.

While the traditional industrial and automotive complex still dominates the German listed company landscape, there is a thriving software start-up and scale-up community in Germany. Germany has a well-earned reputation for bureaucratic red tape, and while there have been some welcome, if small, steps to address this, much is still to be done. Recent IPOs include Mainz Biomed, MisterSpex, Bike24, Synlab, and Vantage Towers.

Speaking as an investor, the process to make angel or seed investments is still way too complex (have a look at this twitter thread). German employee stock option schemes make it unnecessarily hard for startups to attract international employees and advisors. The new German government could spend more time talking with startups, perhaps taking a leaf out of Macron’s book. I may have to do a post about French HRTECH, as there is so much going on there.

The core HR systems market in the German enterprise is more competitive than ever.

These shifts in the broader economy are in turn reflected in the HR tech space. HR tech has become more dynamic and competitive.

Traditionally SAP on-premise dominated the large enterprise end of things, with a few notable exceptions running PeopleSoft / Oracle. SAP still dominates the large end payroll space, but Core HR has got a lot more competitive, with Workday making serious inroads in the large German HQed multi-nationals. By my reckoning 16 of the Dax 40 deploy Workday for HR in some form.

The German software/eCommerce industry has also become a target for Workday, with deployments at companies like Trivago, Celonis, Software AG, LeanIX, Staffbase, Scout24 and Zalando.

Most large enterprise companies integrate or will integrate Workday to an existing SAP German HR/payroll system, often running on on-prem or increasingly hosted in a private cloud. I spent an afternoon with the HR leadership team of a DAX 40 company a couple of weeks ago. They had recently selected Workday. They were figuring out the integrations to various payroll systems around the world, in the region of 40 different local payroll systems, reviewing various outsourcing arrangements, and auditing existing payroll system viability. Getting this right is key to the long-term health of the HR system. The ecosystem of expertise to manage these integrations has strengthened over the last couple of years, but getting this nailed is still challenging.

20 years ago, Peoplesoft entered the German market with a bang, won a couple of big deals, but then failed to deliver. Workday’s founders were leaders at PeopleSoft at the time, so they have learned from that experience. Workday has done a better job of establishing itself in the German market.

For the last few years, SAP’s German sales machine has been primarily focused on driving its core financials and logistics customers onto S/4 HANA, so HR in Germany has received less salesforce attention. SAP confused the HR market with its maintenance strategies, and while it has since addressed that, that confusion created an initial opportunity that Workday exploited effectively.

With Workday having recently announced a German payroll, the next couple of years is going to be very interesting. SAP has also mentioned plans for a new payroll, so the second half of this decade will be about payroll replacement, at least in Enterprise companies in Germany.

Oracle has also increased its focus on Germany. Its flagship deployment is arguably Deutsche Bahn, but I’ve not seen broad penetration from Oracle to date.

CIO and CHRO behaviour shifts, and the niche vendor explosion.

CIOs in Germany have become more comfortable giving HR more autonomy, and have become at ease with cloud computing. Many international vendors now offer local hosting, often via Azure, Google, or AWS, which addresses some (not all) of the data protection concerns. CHROs are becoming more interested in HR technology; COVID has helped there. Digitization is no longer a future priority; it has become urgent.

There is also a vibrant niche solutions market in Germany, with both international and local vendors having significant success. For instance, SmartRecruiters has built on its success at Bosch to win several other DACH companies. Beqom has a strong position in compensation management, Phenom People recently acquired Tandemploy.

Staffbase pioneered the new category of employee communications solutions and recently had a significant funding raise. Flip looks promising.  Coachhub and Leapsome are growing rapidly. Personio’s success in the small end of the market has been remarkable, with SMEs now having really good options for building out a digital HR function. Heyjobs, Recruitee from the Netherlands and TeamTailor from Sweden are going gangbusters in recruitment. WorkMotion has rapidly carved out a position in remote work. Workpath is nailing OKRs, especially in the large enterprise space. Traditional vendors like P&I and Atos have renewed impetus with cloud offerings. 360Learning, Clever Connect and other French vendors having an impact in Germany too. Other international players such as HiBob, Quinyx and Lattice are beginning to make their presence felt.

Both German and international VC are funding HR tech startups in Berlin, Frankfurt, Munich, Karlsruhe, Hamburg, Chemnitz, Düsseldorf, and many other Dörfer. I expect to spend a lot of my time working with German startups in my role as Venture Capitalist. I was in Berlin last week, and it was exciting to meet a variety of startups and VCs. I plan to write more about the thriving German HR tech start-up scene.

HR leaders in German enterprises today have more options than ever before. This is a good thing.

Acadian Ventures is an investor in SmartRecruiters. 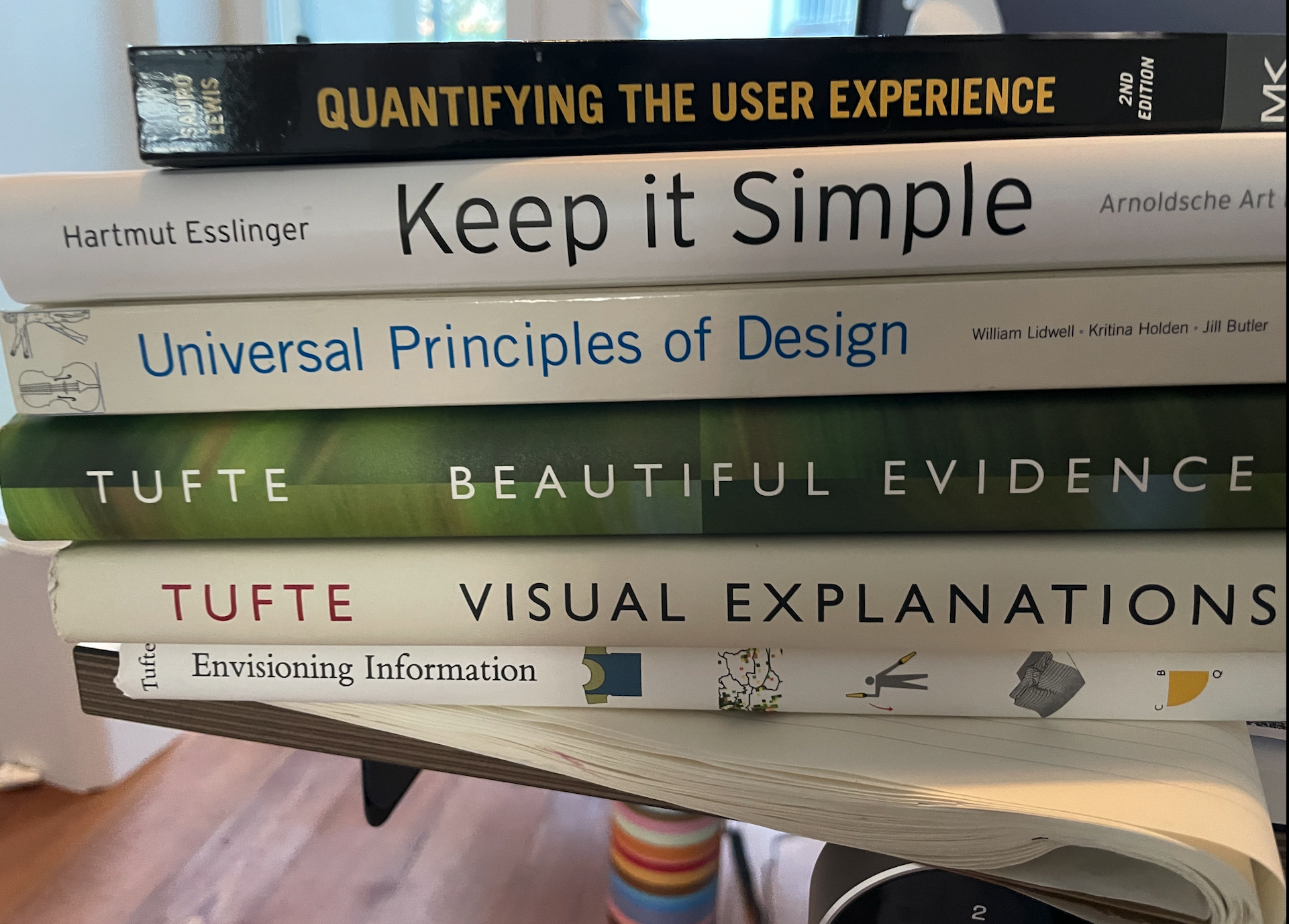 I think about user experiences and user interfaces a lot, but I'm not a designer.  I buy a lot of...
Read more 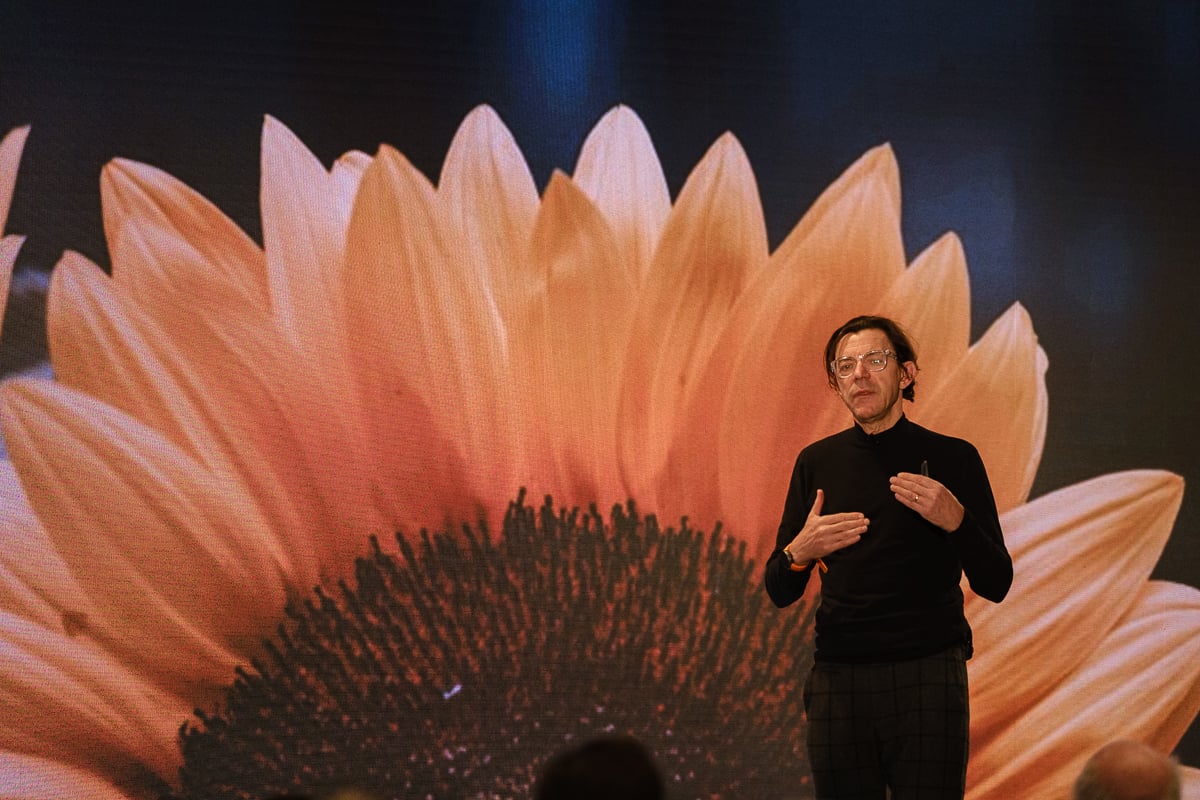